On June 21, 2012, Gloria Tsang, Founding Editor of HealthCastle.com, and I were invited to attend the grand opening of Minami Yaletown Restaurant. Located in the heart of Yaletown in Vancouver, Minami is poised to spread Aburi style sushi from Vancouver and beyond. In fact, we were there when Miku Restaurant, sister restaurant to Minami, first introduced Aburi style sushi to North America in 2008.

Owner and restaurateur Seigo Nakamura kicked off the evening by welcoming distinguished guests and media with an opening speech. This was followed by a traditional sake barrel-breaking ceremony. Traditional Japanese culture permeated the air this evening and the event was filled with plenty of good food and refreshing sake. A completely successful launch party indeed and thanks to Erica Pang for the invite. Here are some photos from the evening. Here is a photo of Gloria Tsang and Seigo Nakamura, owner and restaurateur Here, I am working hard Here, I am hardly working With the beautifully smart Teresa Lee With the famed Ed Lau 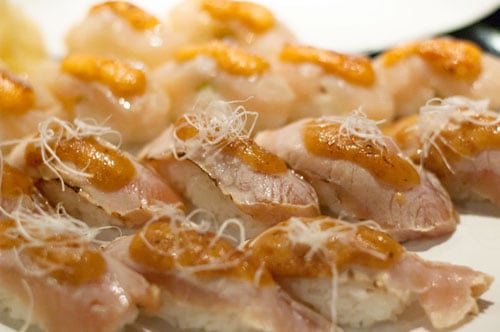 The Fastest Back-to-Top Button Ever!

How to Use Wyze Cameras to Trigger an Alexa Routine

Cheapest Way to Print Photos – How I Saved $550 in Ink